The detection properties of silicone rubber can be said to be between organic and inorganic substances. It contains a variety of small molecules and polymers, and the environment of food-contact silicone rubber is complex and diverse.

The food itself can be divided into water, alcohol, acid, and oil. Such steamer mats, baking mats, etc., need to be used for a long time under high temperature and high humidity environments, so it is difficult to analyze.

Secondly, by analyzing the molecular structure changes of silicone rubber before and after aging, the aging mechanism can be inferred to determine the possibly toxic substances. At present, infrared spectroscopy, nuclear magnetic resonance, and other analytical methods are usually used to infer the aging mechanism of silicone rubber, simple and fast.

At present, GC and GC-MS have become the most commonly used qualitative and quantitative detection methods of silicone rubber for volatile cyclosiloxane in food contact silicone rubber.

The method is suitable for the separation and analysis of complex volatile components with strong chromatographic separation ability and high mass spectrometry resolution. With high separation efficiency and high sensitivity, GC-MS technology is widely used in food safety, environmental pollution, food and pesticide residue detection, and other fields.

In the process of thermal degradation of siloxane rubber, small molecules of circular siloxane were produced, and the low molecular weight circular siloxane migrated from silicone rubber products for food contact was detected by GC-MS, and methyl cyclosiloxane had the lowest single component, the detection amount was 50mg/kg.

NMR can obtain information about its molecular skeleton structure, and they are widely used in the study of the microstructure of silicone rubber. Infrared spectroscopy does not require sample pretreatment, is low cost has high efficiency and has no pollution, so it is widely used in the food industry.

At present, the NMR detection of silicone rubber is mainly used in the medical field, industrial field, and biological field.

Although there are few reports on the detection of migratory toxic substances in silicone rubber that come into contact with food, foreign scholars have used nuclear magnetic resonance.

According to relevant literature reports, thermogravimetric analysis can be used to study and detect the thermal degradation process of silicone rubber at high temperatures, determine its thermal stability, and analyze the possible migration of toxic substances.

The TGA method was used to detect thermal degradation products of polydimethylsiloxane and montmorillonite nanocomposites. The test results are mainly harmful to the human body, and the low content of oligocyclosiloxane (D3-D7), methane, propylene, propionaldehyde, and so on.

At present, thermal analysis methods are mainly used to analyze and detect the thermal degradation behavior of silicone rubber. There are few reports on the direct detection of toxic substances migrating from silicone rubber for food contact, so it has broad application prospects.

In addition to aging and decomposition to produce low-molecular-weight cyclosiloxane and other toxic substances, due to long-term contact with food, heavy metal ions in addition to silicone rubber products will gradually migrate into food, enrich the human body, and pose a threat to human health.

For the detection of heavy metal ions in silicone rubber, it can be determined by inductively coupled plasma mass spectrometry (ICP-MS) analysis techniques, atomic absorption, and other analytical methods.

The content of tin in silicone rubber was determined by microwave digestion-flame atomic absorption spectrometry, and the effects of different digestion conditions, measurement wavelength, and inorganic acid concentration on the determination of tin were investigated.

What are the differences between silicone and silicone rubber? 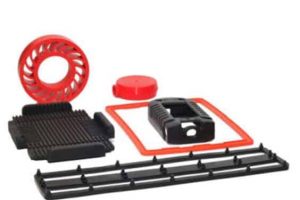 What are the science behind conductive rubber formulations? 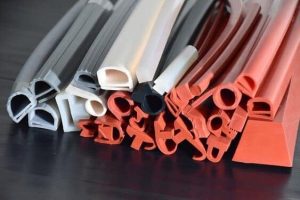 Ask For A Quick Quote

We will contact you within one working day, please pay attention to the email with the suffix “xxx@zetarmold.com”.